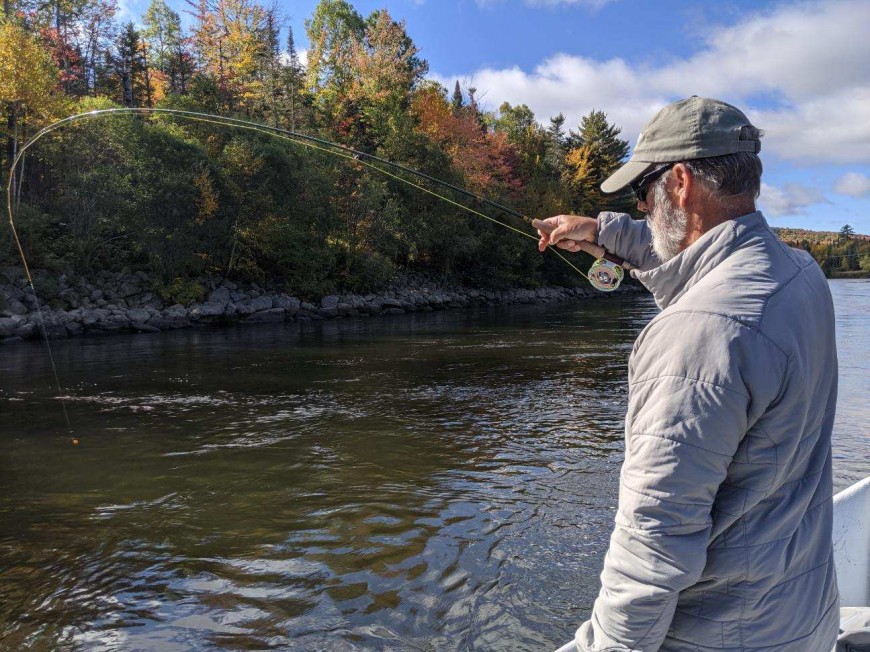 Androscoggin River Fishing Guide [Everything You Need To Know]

The Androscoggin River is one of New Hampshire largest and most powerful waterways, offering anglers multiple trout species like NH’s state fish, the Brook trout, as well as Rainbow trout, Brown trout & Landlocked salmon. While fishing the Androscoggin, there are also warm water species such as large and smallmouth bass in the river which are a great target species during the heat of summer.

Here Are Links To Information Within This Article:

About The Androscoggin River

The Androscoggin River starts in Errol New Hampshire flowing out of lake Umbagog which is regulated by Errol dam, it continues running down through Coos-County before turning east into Maine and eventually dumping into the ocean. Errol dam section of river is fly fishing only and are perhaps some of the best trout & salmon waters of the river. The upper section of river typically runs between 1200 to 3000+cfs with the lower stretches or in extremes averages more around 3 to 5 thousand CFS. This upper and bottom stretches are ideal for float trips along the dams and the power bouldery river below. As to get further down river the waters begin to slow before picking back up again around Mollidgewock state campground and the waters below Pontook Dam. Both locations have good parking areas alongside the river as the road parallels it nearly the entire way from start to end.

The androscoggin is home to a reproducing population of rainbow trout as well as being stocked by New Hampshire Fish and game. Fish range anywhere from an average of 8 to 12 inches and with some trout being 18 inches or bigger. Most of the upper river consist of trout habitat but as you get further downstream you will start seeing small and largemouth bass.

Most of the river is open to general regulations with the fly fishing only sections being from Errol dam down to Bragg’s bay. In these fly fishing only sections, there are restrictions to the minimum length of the trout as well as the total amount of fish of you can keep. As the river enters Berlin, NH and meets with the old mill in town, fishing regulations change from their down to the state border. Due to the mill and the pollution it caused while in operation, the lower section of river downstream of the mill is no longer a part of the general rules but changes to a catch and release section that requires a single barbless hook and the immediate release of any trout you catch. These fish are deemed unsafe to eat but consist of a hard fighting, wild reproducing rainbow and brown trout populations that seasoned fly fisherman can challenge their skills with.

New Hampshire’s fishing season for the Androscoggin starts January 1st and extends to October 15th. (Like most rivers in the state)
Anglers bag limits for brook trout, brown trout, rainbow trout and their hybrids, are five fish or five pounds, whichever is reached first, no length limit.

Landlocked salmon have a two fish daily limit and a minimum length of 15 inches in order to be kept. Salmon may not be taken in any water body after September 30th and before April 1st.
Fish may only be taken one hour before sunrise and two hours after sunset unless otherwise specified.

Bass: small or large mouth have a typical limit of five daily. From April 1st to May 14th and June 16th-20th if the limit is dropped the two fish daily and there’s a catch and release only. For May 15th to June 15th and you’re only allowed to use articulated lures and flies during that time as well, meaning no live bait!

For Fly fishing only regulations for trout:
*Brook trout have a minimum length of 12 inches with a limit of two trout
*Salmon have to be a minimum of 15 inches to keep regardless of where you fish the river.

Flies For The Androscoggin River

Where to Fish the Androscoggin

As the river begins to unthaw the upper sections will be open first and as snow melts and heatwaves come the river flows very heavily, after these hard flows salmon and brook trout will travel down from Umbaggog lake into the Androscoggin River migrating down the heavy spring flows. Focus your attention to the top sections of river along route 16 from pontook dam North till Errol dam. Landlocked salmon fishing is best in this early season.

Summertime brings numerous hatches but none more significant than the Alder hatch on the Androscoggin. The alder is a large caddisfly that hatches by the thousands for a few weeks, starting anywhere from early to late June primarily in the top section of the river. The middle and lower sections of river, all the way to the Maine border will all be fishing well as bug life prospers and water temperatures remain below 65 degree’s. During any heat wave you’re going to be looking for cold water tributaries that dump into the Androscoggin. These will act as holding areas for trout as they try to find cold water refuge. Tributaries like Stearns, brook, Bean brook, and the Peabody river are some of the more significant tributaries to be looking for.

With temperatures going back down to comfortable levels for trout the fishing picks back up as fish forage their last meals and bulk up for winter. Fishing streamers as well as dragging nymphs along the bottom prove the most successful during this time especially swinging isonichia patterns in the lower sections of river, below The Peabody River confluence and the Shelburne dam section. These flies prosper in this section of river and our primary food source for the trout that live there.

If the chart above does not display properly, see here: https://waterdata.usgs.gov/nwis/uv?site_no=01053500

Additional Pictures While Fishing On The Androscoggin River 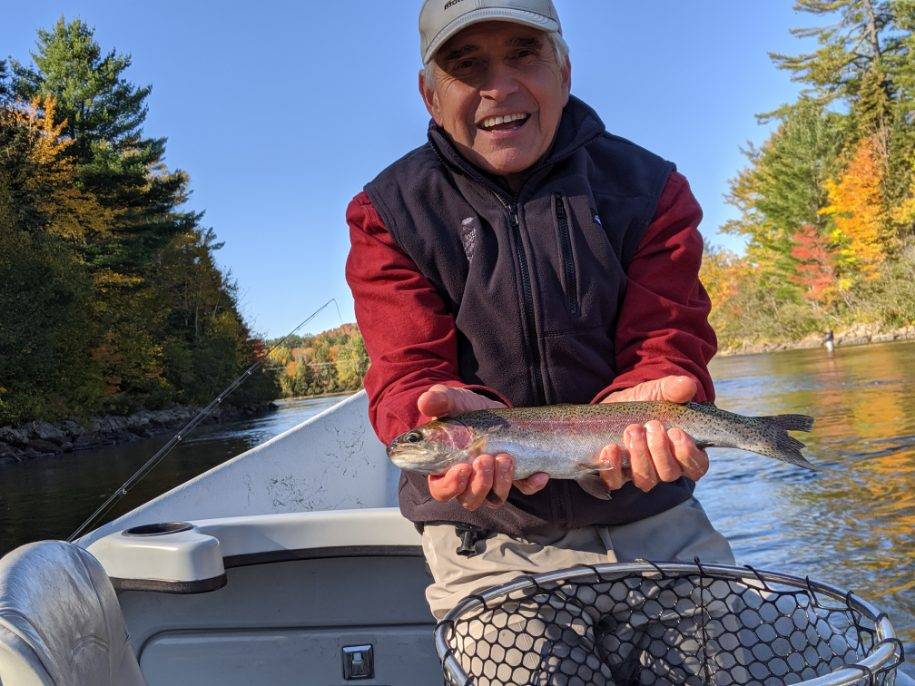 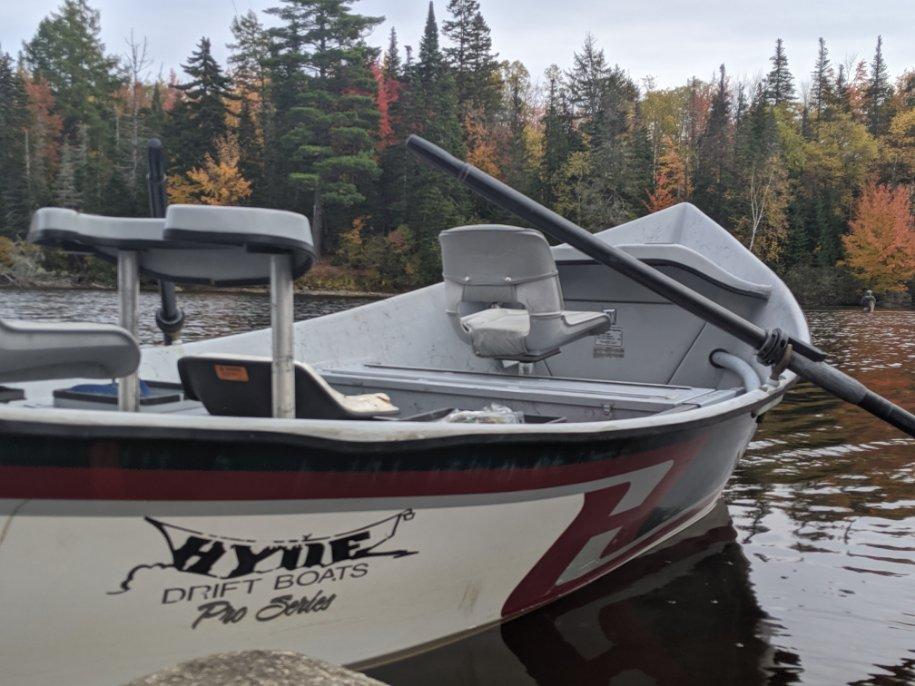 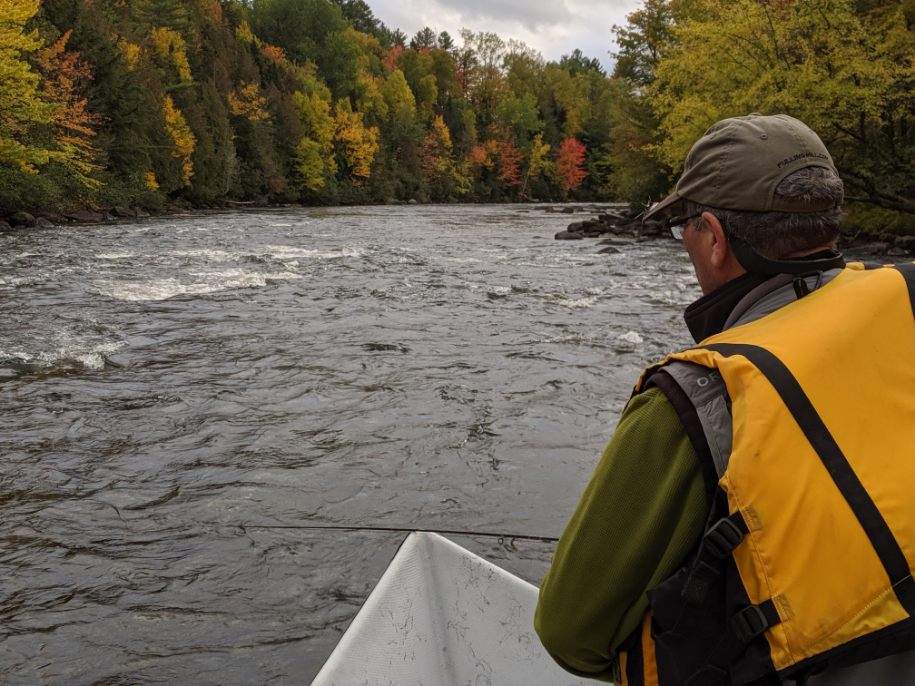 4 (3 votes)
About the author: Mason Thagouras

Mason Thagouras, founder of White Mountain Anglers and Registered New Hampshire Fishing Guide, has always been passionate about NH’s great outdoors. He was raised in the Androscoggin Valley, and spent most of his childhood fly fishing the Androscoggin River. 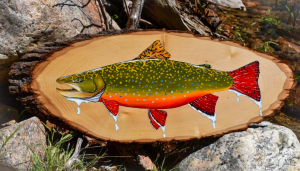 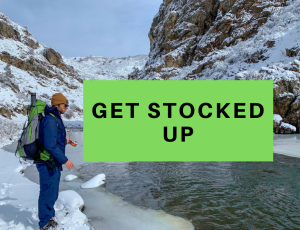 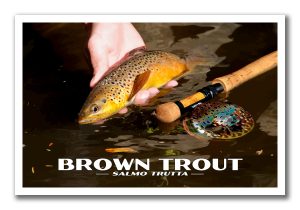